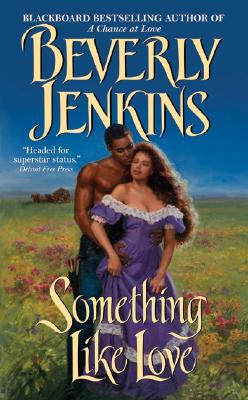 Blackboard bestselling author Beverly Jenkins delivers another lush historical novel featuring brothers that were first introduced in her award-winning novel Always and Forever. This is the story that readers have been waiting for.

He was a wanted man.
But no one wanted him more than she did.

Desperate to escape an arranged marriage, Olivia Sterling flees Chicago and heads west. She dreams of setting up her own seamstress shop in Henry Adams, a small all Black town in Kansas. But her plans are derailed when her train is robbed by Neil July and his notorious band of outlaws.

Neil is enchanted by the headstrong and lovely Olivia. No woman has ever set his blood on fire before, and he suspects no other woman ever will. When they meet again, Olivia is the town's newly elected mayor and Neil is still the wanted outlaw. With bounty hunters on his trail, he would be wise not to linger, yet he can't seem to leave her. Will Neil be able to convince Olivia to ride off into the sunset with him? Or will he finally lay down his guns for love?