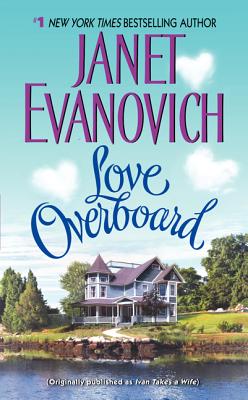 By Janet Evanovich
$8.99
Backordered or Out of Print

She's been called "side-splittingly funny" (Publishers Weekly), "a blast of fresh air" (Washington Post), and "a winner" (Glamour). She is, of course, Janet Evanovich, the award-winning, #1 New York Times bestselling author of the Stephanie Plum mystery series. Now available for the first time in more than a decade comes Love Overboard, the hilarious story of a sinfully handsome schooner captain and the spirited woman who agrees to work on his cruise ship. It's a classic novel of comic mayhem from the incomparable Janet Evanovich.

Bestselling author Janet Evanovich is the winner of the New Jersey Romance Writers Golden Leaf Award and multiple Romantic Times awards, including Lifetime Achievement. She is also a long-standing member of RWA.