After the Kiss: The Notorious Gentlemen (Mass Market) 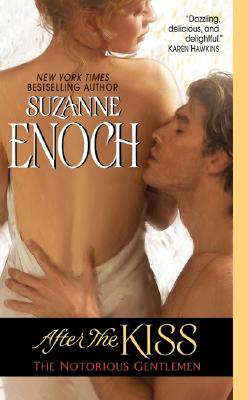 This is book number 1 in the The Notorious Gentlemen series.

Sullivan Waring wants only two things: his rightful inheritance, and revenge against the man who stole it from him. By day, Sullivan is the most respected horse breeder in England; by night, he plunders the ton's most opulent homes to reclaim his late mother's beautiful paintings. His quest is going swimmingly . . . until the night he's discovered by Lady Isabel Chalsey. Clad only in a revealing nightdress, she's an entrancingly different kind of plunder, and how can a thief resist stealing a kiss?

Surprised by a masked man in her own home, Isabel should be quaking with fear. Instead the sight of the sinfully handsome Sullivan makes her tremble with excitement. Who is this man, and why is he so set on this reckless pursuit? Lady Isabel loves a challenge, and she'll dare anything to uncover Sullivan's secret—but she may instead convince him that she is the greatest prize of all.