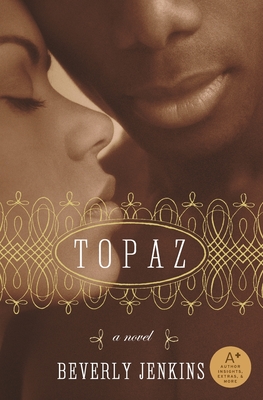 An updated look and a new format gives a fresh life to this long-time favorite of Beverly Jenkins’s fans, out in time for Black History Month.

Kate Love is an ambitious reporter on the trail of a swindler who has been preying on elderly blacks. But when her investigation leads her into danger, she is snatched by Dix Wildhorse, a Black Seminole Marshal from Oklahoman’s Indian country. Kate has no choice but to flee with the daring knight her father sent to rescue her. Despite the warm simmering fire Dix’s bronzed, muscled embrace ignites, she is determined to hold on to her independence, challenging him at every turn. Yet even as their battle of wills intensifies, the heat of their passion blazes with unmatched fury…a wildfire of love that can only be answered in the sweet ecstasy of surrender.