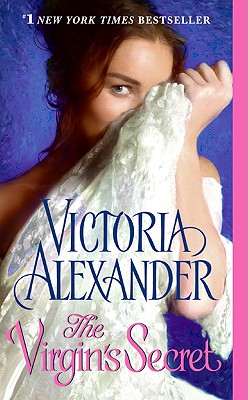 By Victoria Alexander
$7.99
Backordered or Out of Print

This is book number 1 in the Lost City series.

Even the least sensible woman knew, upon meeting his gaze, that here was a man who was more than he might at first appear, who might steal the heart of even the most resistant woman. But oh, what a lovely theft!

Adventurer Nathanial Harrington would never steal another man's discovery. And he'd never be so dishonorable as to tempt an untouched woman into his bed . . . even one as stunningly beautiful as Gabriella Montini. Yet she intrigues him. What is her secret? Nate would do anything to find out.

Nathanial is an earl's son—but Gabriella knows he's not to be trusted! He's more than just a mere thief of hearts, he's also stolen her brother's good name. Determined to restore his reputation, she'd even masquerade as a destitute orphan and be taken into his family's home. But how can she continue her ruse when she finds herself succumbing to Nathanial's passionate charms?

#1 New York Times bestselling author Victoria Alexander was an award-winning television reporter until she discovered fiction was more fun than real life. She is the author of thirty-one novels, and her books have been translated into more than a dozen languages. Victoria lives in Omaha, Nebraska, with her long-suffering husband and two dogs, in a house under endless renovation and never-ending chaos.