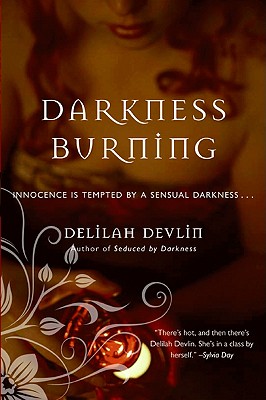 This is book number 3 in the Dark Realm Series series.

Beware the place where darkness rules and bloodlust is the ultimate aphrodisiac...

For seven centuries Alex Broussard has been waiting for the chance to free himself from the threat of the matriarchal undead society that seeks his destruction. And now, finally, that time is at hand—until the opportunity is ruined by the stunning, innocent, human interloper Alex is compelled to rescue from certain doom. Now they are joined, for good or ill, as they give in to the burning need that neither can resist—risking everything to experience the ultimate sensual release as the darkness rises all around them.

Always a risk taker, Delilah Devlin lived in the Saudi Peninsula during the Gulf War, thwarted an attempted abduction by white slave traders, and survived her children’s juvenile delinquency. In addition to Saudi Arabia, she has lived in Germany and Ireland, but calls Arkansas home for now.