A Time for Patriots: A Novel (Patrick McLanahan) (Hardcover) 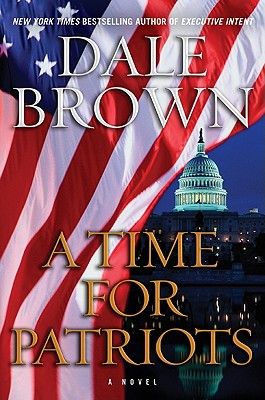 By Dale Brown
Email or call for price.
Special Order

“A master….[Brown] puts readers right into the middle of the inferno.”
—Larry Bond

New York Times bestselling thriller-master Dale Brown delivers a story for our times. A Time for Patriots is one of his most explosive novels to date—a frightening, all-too-possible look into the near future, when the nation’s economic collapse turns thousands of Americans against their own government. In the midst of chaos, Patrick McLanahan—hero of Executive Intent, Rogue Forces, and many other previous adventures—must enlist the aid of his son and his fellow citizens to hunt down terrorists any way they can. In A Time for Patriots, Dale Brown brings the battle home!

Dale Brown is the New York Times bestselling author of numerous books, from Flight of the Old Dog (1987) to, most recently, Eagle Station (2020). A former U.S. Air Force captain, he can often be found flying his own plane in the skies of the United States. He lives near Lake Tahoe, Nevada.