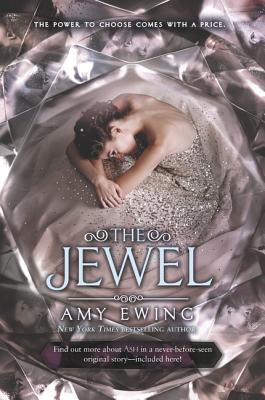 This is book number 1 in the Lone City Trilogy series.

The Jewel has many meanings: wealth, beauty, royalty. But for Violet, the Jewel has always meant servitude.

Born and raised in the Marsh, Violet is destined for the Jewel. She is trained as a surrogate for the elite and is bought by the Duchess of the Lake at auction. And she quickly learns that beneath the Jewel’s glittering façade lies the cruelty, backstabbing, and hidden violence that have become the royal way of life.

Violet must accept the ugly realities of her life...all while fighting for her survival. But before she can accept her fate, Violet meets a handsome boy who is also under the Duchess’s control. A forbidden love sparks.

But their illicit affair has consequences, which will cost them both more than they bargained for. And toeing the line between being calculating and rebellious, Violet must decide what, and who, she is willing to risk for her own freedom.

“With its taut, provocative plot and irresistible characters, THE JEWEL had me tearing through pages right up to the final, startling twist. I need the next book now!” — Andrea Cremer, international bestselling author of The Nightshade Series

“Will have fans of Oliver’s Delirium, Cass’ The Selection, and DeStefano’s Wither breathless with anticipation for the sequel.” — Bulletin of the Center for Children’s Books

“Ewing writes a fast-paced story that takes readers into the inner workings of a society that is obsessed with power and perfection.” — School Library Journal