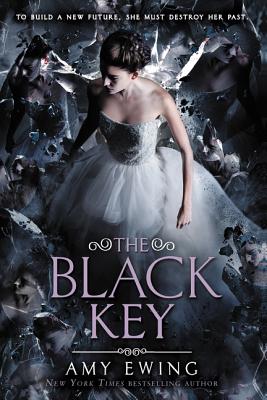 This is book number 3 in the Lone City Trilogy series.

The thrilling conclusion to the New York Times bestselling Lone City trilogy, which began with The Jewel, a book BCCB said "will have fans of Oliver's Delirium, Cass's The Selection, and DeStefano's Wither breathless." Now in paperback.

For too long, Violet and the people of the outer circles of the Lone City have lived to serve the royalty of the Jewel. But now, the secret society known as the Black Key is preparing for a rebellion.

While Violet knows she is at the center of this revolt, she has a more personal stake in it—for her sister, Hazel, has been taken by the Duchess of the Lake. Now, after fighting so hard to escape the Jewel, Violet must do everything in her power to return not only to save Hazel, but the future of the Lone City.

Praise for The Jewel — ;

“With its taut, provocative plot and irresistible characters, THE JEWEL had me tearing through pages right up to the final, startling twist. I need the next book now!” — Andrea Cremer, international bestselling author of The Nightshade Series

“Ewing writes a fast-paced story that takes readers into the inner workings of a society that is obsessed with power and perfection.” — School Library Journal

“Will have fans of Oliver’s Delirium, Cass’ The Selection, and DeStefano’s Wither breathless with anticipation for the sequel.” — Bulletin of the Center for Children’s Books

Praise for The White Rose — ;

“This fast-paced plot and a surprise twist will make readers anxious for the next series entry. A must-read for fans of the previous title; they will not be disappointed.” — School Library Journal

“The story’s setting is interesting. A decadent matriarchal society is thought provoking. This is a quick read. Good storytelling.” — Voice of Youth Advocates (VOYA)

“Ewing bravely blends several genres. This solidly sets fans up for the next volume.” — Kirkus Reviews