Love of the Game: A Stardust, Texas Novel (Mass Market) 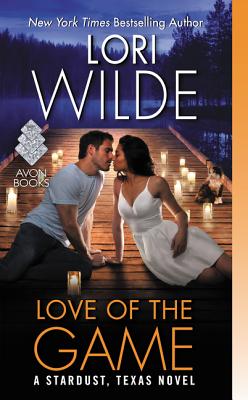 By Lori Wilde
Email or call for price.
Special Order

With major league good looks and talent, Dallas Gunslingers relief pitcher Axel Richmond was living the good life. Even if the roar of the crowd could never distract him from the loss of his young son. But now with an injured shoulder and his career on the line, Axel is stuck recuperating at a ranch in Stardust, Texas . . . striking out only with his gorgeous physical therapist.

Kasha Carlyle has one week to get Axel back in action or she can kiss her much-needed job with the Gunslingers goodbye. And any chance to seek custody of the orphaned half-sister she never knew existed. She quickly learns that Axel’s guarded heart also needs healing . . . requiring all kinds of sneaky plays and sexy moves in extra innings.

Praise for Lori Wilde’s Stardust, Texas Series and Love Of The Game

“Amusing, passionate, and rampant with sexual tension, this magic dusted escapade is just plain fun and a wonderful harbinger of things to come. Wilde is an expert at developing endearing Texas communities and here gives fans another one to savor.”—Library Journal

“[A] sweet and sexy story of first love, small towns, and family.”—Booklist

“Wilde brings readers to Stardust, Texas, where baseball and romance are the name of the game . . . Wilde has another winner.”—RT Book Reviews

Lori Wilde is the New York Times, USA Today and Publishers’ Weekly bestselling author of 87 works of romantic fiction. She’s a three-time Romance Writers’ of America RITA finalist and has four times been nominated for Romantic Times Readers’ Choice Award. She has won numerous other awards as well. Her books have been translated into 26 languages, with more than four million copies of her books sold worldwide. Her breakout novel, The First Love Cookie Club, has been optioned for a TV movie.

Lori is a registered nurse with a BSN from Texas Christian University. She holds a certificate in forensics and is also a certified yoga instructor.

A fifth-generation Texan, Lori lives with her husband, Bill, in the Cutting Horse Capital of the World; where they run Epiphany Orchards, a writing/creativity retreat for the care and enrichment of the artistic soul.

“Wilde packs a powerful emotional punch with the deeply nuanced characters of Axel and Kasha, a strong supporting cast, and a story readers will root for.”
— Publishers Weekly