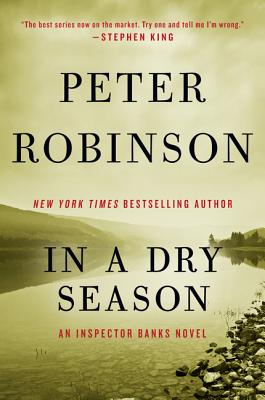 By Peter Robinson
$15.99
Backordered or Out of Print

This is book number 10 in the Inspector Banks Novels series.

New York Times bestselling and Edgar Award-winning author Peter Robinson delivers an unforgettable, compelling thriller of a lost village and the deadly secrets that are unearthed upon its discovery—secrets that include murder.

In the blistering, dry summer, the waters of Thornfield Reservoir have been depleted, revealing the ruins of the small Yorkshire village that lay at its bottom—ruins that house the unidentified bones of a murdered young woman. Detective Chief Inspector Banks faces a daunting challenge: he must unmask a sadistic killer who has escaped detection for half a century. For the dark secrets of Hobb's End continue to haunt the dedicated policeman, even though the town that bred them has died and its former residents have been scattered to far places—or even to their graves.

Demonstrating once again why Peter Robinson is a master of suspense, In a Dry Season is a powerful, insightful, and searing novel of past crimes and present evil.