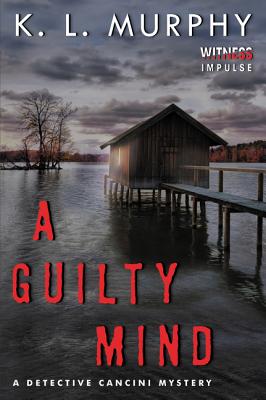 This is book number 2 in the Detective Cancini Mysteries series.

Accused of murdering his psychiatrist, a broken man must face his horrific past in order to protect his future

George Vandenberg is a drunk with a volatile temper, haunted by the memory of the young woman he once loved and tragically lost. Wrestling with his guilt and pushed by his psychiatrist to confess his role in her death, he teeters on the edge of a nervous breakdown, blacking out drunk more often than not.

But when his doctor turns up dead, brutally stabbed to death in his office, George has nowhere left to turn. Stunned and confused, George emerges as the primary suspect in an investigation led by Detective Mike Cancini, a D.C. cop who knows all too well how far a man can go when he’s pushed.

To prove his innocence, George must face the police, his manipulative wife, and the shell of a man he’s become. But as much as George wants to forget his history, the past is not done with him…