Hunting El Chapo: The Inside Story of the American Lawman Who Captured the World's Most Wanted Drug-Lord (Large Print / Paperback) 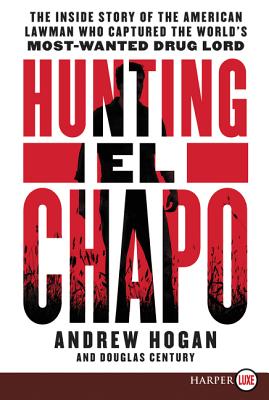 By Andrew Hogan, Douglas Century
$28.99
Email or call for price

A blend of Manhunt, Killing Pablo, and Zero Dark Thirty, Andrew Hogan and Douglas Century’s sensational investigative high-tech thriller—soon to be a major motion picture from Sony—chronicles a riveting chapter in the twentieth-century drug wars: the exclusive inside story of the American lawman and his dangerous eight-year hunt that captured El Chapo—the world’s most wanted drug kingpin who evaded the law for more than a decade.

“Cinematic….[a] captivating first-person account…. the most authentic glimpse inside the world of El Chapo — because Hogan actually went there and did what few thought possible.”
— USA Today