Meant to Be Immortal (An Argeneau Novel #32) (Hardcover) 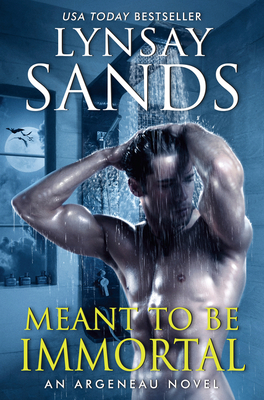 By Lynsay Sands
$27.99
Not Yet Published

This is book number 32 in the An Argeneau Novel series.

In the newest Argeneau novel from New York Times bestselling author Lynsay Sands, an immortal barely escapes a raging fire only to kindle a sizzling passion with his potential life mate.

Mac Argeneau knows all too well: immortals can be killed. Not with holy water or silver crosses, but by decapitation or being set on fire. So when Mac’s house bursts into flames—with him inside—he’s sure it was no accident. But who would want to kill a scientist specializing in hematology? There is a silver lining: a blonde investigator appears on the scene and sparks feelings in him that have been dormant for centuries.

CJ Cummings is in town on a special investigation, but she’s been waylaid by the local police to deal with this arson case. The biggest mystery is how this sexy scientist with silvery blue eyes has emerged from a blazing inferno without a burn mark on him. He’s clearly hiding something. Sure, she’d love to see him without his lab coat, but she’s got a job to do—despite his insistence that he needs a bodyguard and...he wants her.

But when a second attempt on their lives puts CJ in harm’s way, it’s Mac who will do anything to safeguard the woman who’s destined to be his life mate.

Lynsay Sands is the nationally bestselling author of the Argeneau/Rogue Hunter vampire series, as well as numerous historicals and anthologies. She’s been writing since grade school and considers herself incredibly lucky to be able to make a career out of it. Her hope is that readers can get away from their everyday stress through her stories, and if there are occasional uncontrollable fits of laughter, that’s just a big bonus. Please visit her on the web at www.lynsaysands.net.

“Once again, the inimitable Lynsay Sands reinvents herself to give us a most refreshing paranormal romance with a very intriguing premise.”
— Fresh Fiction on Immortal Born

“Sands delivers a rip-roaring adventure with plenty of steamy interludes in a story that should make fans of even the most virulent anti-vampire readers. It’s hard to resist her witty dialogue, off-the-wall scenarios, sexy moments, and tongue-in-cheek sense of humor, all of which combine for a deliciously fun romp in this absolutely bonkers read...”
— Enterainment Weekly on Vampires Like It Hot

“Sexy, complex romance... The Argeneau series continues to surprise, intrigue, and entertain.”
— Kirkus Reviews on Vampires Like It Hot

“Her trademark humor and genuine characters...kept her series fresh and her readers hooked.”
— Publishers Weekly on Immortal Nights