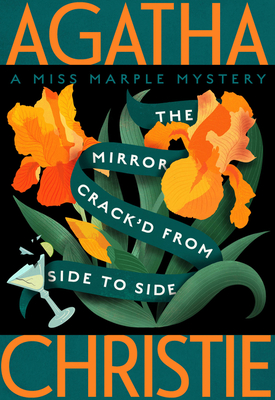 This is book number 8 in the Miss Marple Mysteries series.

Now with a beautiful new series look, a fatal dose of poison meant for a glamorous movie star fells her ardent admirer instead—and Miss Marple is there to unmask a murderer.

One minute, silly Heather Babcock had been babbling on at her movie idol, the glamorous Marina Gregg. The next, Heather suffered a massive seizure, poisoned by a deadly cocktail.

It seems likely that the cocktail was intended for the beautiful actress. But while the police fumble to find clues, Miss Marple begins to ask her own questions, because as she knows—even the most peaceful village can hide dark secrets.

Agatha Christie is the most widely published author of all time, outsold only by the Bible and Shakespeare. Her books have sold more than a billion copies in English and another billion in a hundred foreign languages. She died in 1976, after a prolific career spanning six decades.

“If Agatha Christie is my literary godmother, then Miss Jane Marple is the aunt I always wanted.” — Louise Penny, New York Times bestselling author of the Chief Inspector Gamache novels