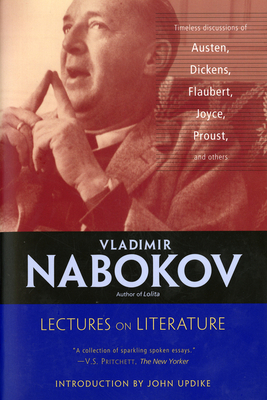 In the 1940s, when Vladimir Nabokov first embarked on his academic career in the United States, he brought with him hundreds of original lectures on the authors he most admired. For two decades those lectures served as the basis for Nabokov’s teaching, first at Wellesley and then at Cornell, as he introduced undergraduates to the delights of great fiction.

Edited and with a Foreword by Fredson Bowers.

Vladimir Nabokov (1899-1977), Russian-born poet, novelist, literary critic, translator, and essayist was awarded the National Medal for Literature for his life's work in 1973. He taught literature at Wellesley, Stanford, Cornell, and Harvard. He is the author of many works including Lolita, Pale Fire, Ada, and Speak, Memory.