The City In History: Its Origins, Its Transformations, and Its Prospects (Paperback) 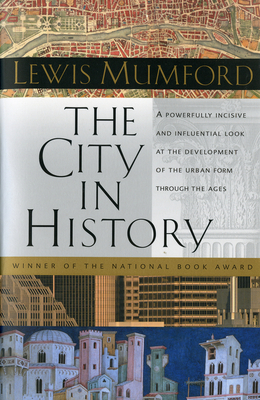 WINNER OF THE NATIONAL BOOK AWARD. A definitive classic, Lewis Mumford's massive historical study brings together a wide array of evidence ??—?? from the earliest group habitats to medieval towns to the modern centers of commerce ??—?? to show how the urban form has changed throughout human civilization.
Mumford explores the factors that made Greek cities uniques and offers a controversial view of the Roman city concept. He explains how the role of monasticism influenced Christian towns and how mercanitile capitalism shapes the modern city today.
The City in History remains a powerfully influential work, one that has shaped the agendas of urban planners, sociologists, and social critics since its publication in the 1960s.

Lewis Mumford (1895-1990) was elected to the American Academy of Arts and Letters in 1955 and received the United States Presidential Medal of Freedom in 1964. He is the author of The City in History, The Culture of Cities, Condition of Man, Interpretations and Forecasts, and Sketches from Life.