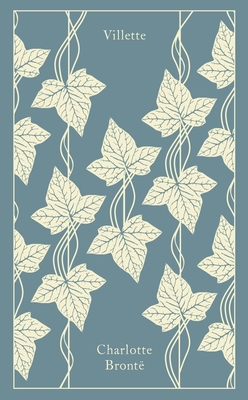 In time for the 200th anniversary of her birth, a Penguin Hardcover Classics edition of the book many believe to be Charlotte Brontë's crowning achievement

With neither friends nor family, Lucy Snowe sets sail from England to find employment in a girls' boarding school in the small town of Villette. There she struggles to retain her self-possession in the face of unruly pupils, an initially suspicious headmaster, and her own complex feelings, first for the school's English doctor and then for the dictatorial professor Paul Emmanuel. Drawing on her own deeply unhappy experiences as a governess in Brussels, Charlotte Brontë's last and most autobiographical novel is a powerfully moving study of isolation and the pain of unrequited love.

Charlotte Brontë (1816–1855) was born in Yorkshire. As a child, she was sent to boarding school, where two of her sisters died; she was subsequently educated at home with her younger siblings, Emily, Branwell, and Anne. As an adult, Charlotte worked as a governess and taught in a school in Brussels. Jane Eyre was first published in 1847 under the pen-name Currer Bell, and was followed by Shirley (1848), Villette (1853) and The Professor (posthumously published in 1857). In 1854 Charlotte married her father's curate, Arthur Bell Nicholls. She died in March of the following year.