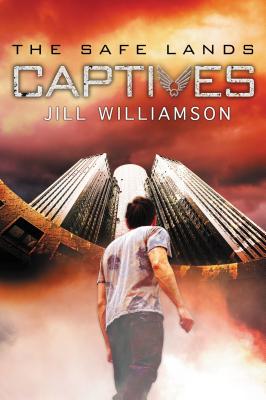 This is book number 1 in the Safe Lands series.

One choice could destroy them all.

When eighteen-year-old Levi returned from Denver City with his latest scavenged finds, he never imagined he'd find his village of Glenrock decimated, loved ones killed, and many--including his fianc e, Jem--taken captive. Now alone, Levi is determined to rescue what remains of his people, even if it means entering the Safe Lands, a walled city that seems anything but safe.

Omar knows he betrayed his brother by sending him away, but helping the enforcers was necessary. Living off the land and clinging to an outdated religion holds his village back. The Safe Lands has protected people since the plague decimated the world generations ago ... and its rulers have promised power and wealth beyond Omar's dreams.

Meanwhile, their brother Mason has been granted a position inside the Safe Lands, and may be able to use his captivity to save not only the people of his village, but also possibly find a cure for the virus that threatens everyone within the Safe Lands' walls.

Will Mason uncover the truth hidden behind the Safe Lands' fa ade before it's too late?