On the Prowl: A Novel of The Others (Mass Market) 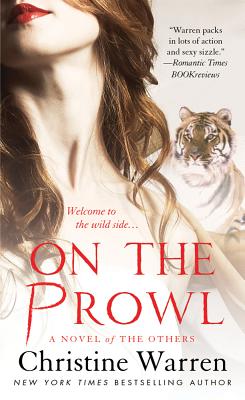 Most girls would throw a fit if their parents tried to set up an arranged marriage for them. It's so outrageously old-fashioned—even for a Tiguri family, members of a fierce race of shapeshifting weretigers. But Saskia isn't getting her claws out just yet. She'll go through with this marriage to help unite two powerful families—and because her husband-to-be Nicolas Preda is the sexiest, hunkiest, and only man she's ever wanted…

Of course, marrying an alpha male like Nic comes with its share of danger. As leader of his Streak and head of a global corporation, Nic and his new fiancée must take their places in the jungles of Manhattan—and the local Others seem to have a strict "no pets" policy. In fact, the Council seems to think the Tiguri are at the root of all their problems, including an attempt on the life of its leader. If Nic hopes to protect his name and his mate, it's hunt or be hunted—and he can't do it alone. But if anyone can bring out the beast in him, it's the sexy, savage tigress he's sworn to love…

“Warren's latest novel centers around the Tiguri family, a race of shapeshifting tigers. Readers will be immersed in a world of fantasy and the supernatural filled with otherworldly beings in constant conflict. Add to that a passionate romance mingled with an aura of mystery, and readers are left with one amazingly good story.” —RT Book Reviews on On the Prowl