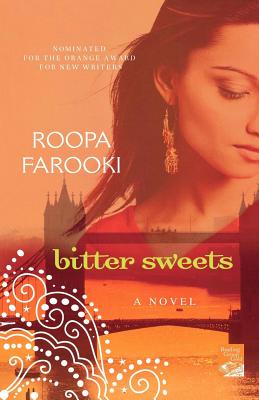 Nominated for the Orange Prize

With this spellbinding first novel about the destructive lies three immigrant generations of a Pakistani/Bangladeshi family tell each other, Roopa Farooki adds a fresh new voice to the company of Zadie Smith, Jhumpa Lahiri and Arudhati Roy.

Henna Rub is a precocious teenager whose wheeler-dealer father never misses a business opportunity and whose sumptuous Calcutta marriage to wealthy romantic Ricky-Rashid Karim is achieved by an audacious network of lies. Ricky will learn the truth about his seductive bride, but the way is already paved for a future of double lives and deception--family traits that will filter naturally through the generations, forming an instinctive and unspoken tradition.

Even as a child, their daughter Shona, herself conceived on a lie and born in a liar's house, finds telling fibs as easy as ABC. But years later, living above a sweatshop in South London's Tooting Bec, it is Shona who is forced to discover unspeakable truths about her loved ones and come to terms with what superficially holds her family together--and also keeps them apart--across geographical, emotional and cultural distance.

Roopa Farooki has crafted an intelligent, engrossing and emotionally powerful Indian family saga that will stay with you long after you've read the last page.

ROOPA FAROOKI was born in Pakistan and brought up in London. She graduated from New College, Oxford and now lives in southeast England and southwest France with her husband, twin baby girls and two sons. Bitter Sweets, her first novel, was nominated for the Orange Award for New Writers 2007. The Way Things Look to Me was longlisted for the Orange Prize and the 2011 Impac Dublin Literary Award. Her novels have been published to literary acclaim internationally and translated into a dozen languages.

“Roopa Farooki's delicious debut novel...is a candy apple of a book, an alluring confection that is substantial and healthful at its heart....This book...is simply, shrewdly sweet.” —More magazine

“Farooki pulls off a lightly spun epic tale with effortless charm and more than enough delightful twists to keep pages turning. Even the characters' most unexpected and disastrous choices seem somehow inevitable, and one is quickly resigned to rooting for the wily woman at the center.” —Publishers Weekly