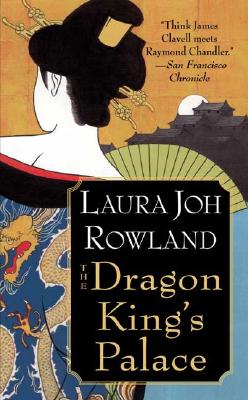 On a whim of the shogun's mother, a procession has left the sweltering heat of Edo, bound for the cooler climate of Mount Fuji. Among her traveling companions are Reiko, the beautiful wife of Sano Ichiro, the shogun's Most Honorable Investigator of Events, Situations, and People; Reiko's friend Midori, nine months pregnant; and Lady Yanagisawa, the deranged wife of the shogun's powerful second-in-command. None of them look forward to the trip. But their troubles have only begun when their procession is stopped suddenly on a deserted road. The entire retinue is viciously slaughtered and the four women are bound and taken away, imprisoned by a mysterious kidnapper.
Sano now finds himself faced with the most important case of his career. The shogun demands quick action, and under the threat of death, Sano is forced to work with his bitter enemies-Chamberlain Yanagisawa and Police Commissioner Hoshina. The delivery of a ransom note only complicates matters-forcing both Sano and Reiko to take desperate measures.
In "The Dragon King's Palace," Laura Joh Rowland's dazzling combination of history and storytelling once again draws us into a sumptuous and treacherous world.

Laura Joh Rowland, the granddaughter of Chinese and Korean immigrants, was educated at the University of Michigan and now lives in New Orleans with her husband. The Dragon King's Palace is the eighth novel in her widely acclaimed series featuring Sano Ichiro.

"Rowland uses her fine eye for detail to portray the intricate surface and roiling underbelly of life in a tightly structured, controlled society. Her Japan is a mix of Kabuki theater-like stylized formality, palace intrigue, and physical action that would do a martial arts movie proud."
-Times-Picayune (New Orleans, LA)

"Rowland's masterful evocation of the period enable the reader to identify with the universal human emotions and drives that propel her characters while absorbing numerous telling details of a different culture and era."-Publishers Weekly

"The story line remains fresh though this is Sano's eighth tale because of the insightful look at an era when palace intrigue rivaled Machiavelli and samurai code rules."-Midwest Book Review