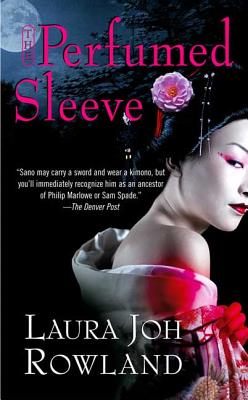 Sano Ichiro, Most Honorable Investigator of Events, Situations, and People is faced with his most challenging case when he investigates the death of Senior Elder Makino, the shogun's most trusted adviser. There is only one puzzling clue-a torn, perfumed sleeve of a kimono. Under the watchful eyes of the shogun's cousin, Lord Matsudaira, and the shogun's second-in-command, Chamberlain Yanagisaw, Sano moves with caution. For each is eager to implicate the other in Makino's death. But Sano must determine whether the death was indeed murder, and if so, whether it was motivated by politics, love, or sex.

When a second violent death occurs, Sano is faced with several suspects, each with a compelling motive. Was it Agemaki, Makino's stone-faced second wife; Okitsu, his beautiful young concubine; Koheiji, his handsome male houseguest; or Tamura, his faithful retainer? Or was it a political assassination? With the help of his wife, Reiko, Sano must solve the murder as he discovers just how intertwined desire and danger really are...

LAURA JOH ROWLAND, the granddaughter of Chinese and Korean immigrants, was educated at the University of Michigan and now lives in New Orleans with her husband. The Perfumed Sleeve is the ninth in her widely acclaimed series featuring Sano Ichiro.

"Rowland has a painter's eye for the minutiae of court life, as well as a politician's ear for intrigue."-The New York Times Book Review

"Sano may carry a sword and wear a kimono, but you'll immediately recognize him as an ancestor of Philip Marlowe or Sam Spade."-Denver Post

"Deftly combining a classic whodunit with vivid period detail, Rowland raises the stakes for her next book with an unexpected twist at the end that promises to present her dogged but fallible hero with even more difficulties in the future."-Publishers Weekly on The Perfumed Sleeve