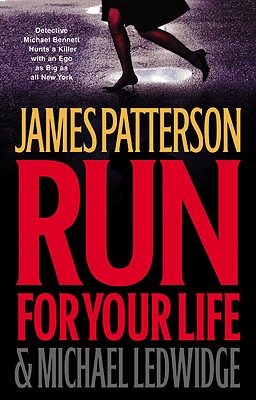 This is book number 2 in the Michael Bennett series.

A calculating killer who calls himself The Teacher is taking on New York City, killing the powerful and the arrogant. His message is clear: remember your manners or suffer the consequences! For some, it seems that the rich are finally getting what they deserve. For New York's elite, it is a call to terror.

Only one man can tackle such a high-profile case: Detective Mike Bennett. The pressure is enough for anyone, but Mike also has to care for his 10 children-all of whom have come down with virulent flu at once!

Discovering a secret pattern in The Teacher's lessons, Detective Bennett realizes he has just hours to save New York from the greatest disaster in its history. From the #1 bestselling author comes RUN FOR YOUR LIFE, the continuation of his newest, electrifying series.