See a Little Light: The Trail of Rage and Melody (Hardcover) 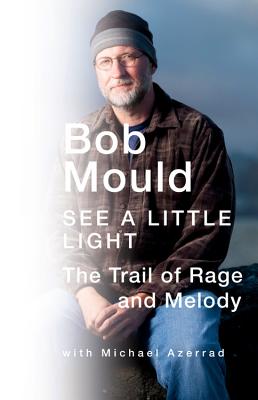 Bob Mould stormed into America's punk rock scene in 1979, when clubs across the country were filling with kids dressed in black leather and torn denim, packing in to see bands like the Ramones, Black Flag, and the Dead Kennedys. Hardcore punk was a riot of jackhammer rhythms, blistering tempos, and bottomless aggression. And at its center, a new band out of Minnesota called Hvºsker Dvº was bashing out songs and touring the country on no money, driven by the inspiration of guitarist and vocalist Bob Mould. Their music roused a generation.

From the start, Mould wanted to make Hüsker Dü the greatest band in the world - faster and louder than the hardcore standard, but with melody and emotional depth. In See a Little Light, Mould finally tells the story of how the anger and passion of the early hardcore scene blended with his own formidable musicianship and irrepressible drive to produce some of the most important and influential music of the late 20th century.

For the first time, Mould tells his dramatic story, opening up to describe life inside that furnace and beyond. Revealing the struggles with his own homosexuality, the complexities of his intimate relationships, as well as his own drug and alcohol addiction, Mould takes us on a whirlwind ride through achieving sobriety, his acclaimed solo career, creating the hit band Sugar, a surprising detour into the world of pro wrestling, and most of all, finally finding his place in the world.

A classic story of individualism and persistence, Mould's autobiography is an open account of the rich history of one of the most revered figures of punk, whose driving force altered the shape of American music.

Bob Mould is an American musician, singer/songwriter, producer, and DJ. An original member of the influential 1980s punk band Hüsker Dü, he released several albums after the band separated, including Workbook, Copper Blue, Body of Song, and Life and Times. He lives in San Francisco.

Michael Azerrad is the author of the books Our Band Could Be Your Life: Scenes from the American Indie Underground 1981-1991, and Come As You Are: The Story of Nirvana. His writings on music and musicians have appeared in numerous magazines, including Rolling Stone, the New Yorker, Spin, and the New York Times. He lives in New York City.