I Am Spock (Paperback) 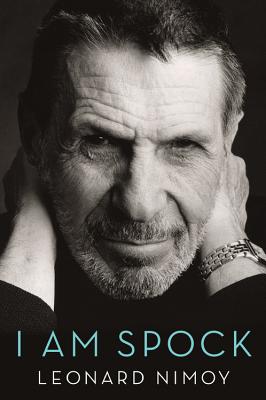 First time in trade paperback: the memoir by the late Leonard Nimoy, best remembered for his portrayal as everyone's favorite Vulcan, Spock, in Star Trek, the TV series and films.

Leonard Nimoy's portrayal of the ever-logical Vulcan, Mr. Spock, is one of the most recognizable, loved, and pervasive characterizations in popular culture. He had been closer to the phenomenon of Star Trek than anyone, having played the pivotal role of Spock in the original series, in six motion pictures, and in a special two-part episode of Star Trek: The Next Generation. I AM SPOCK gives us Nimoy's unique perspective on the beginnings of the Star Trek phenomenon, on his relationship with his costars, and particularly on the reaction of the pointed-eared alien that Nimoy knew best.

Here, Nimoy shared the true story behind his perceived reticence to re-create the role and wrote frankly about how his portrayal defined an icon.

An internationally known stage, film and television actor, Leonard Nimoy directed several major motion pictures, including The Good Mother, Three Men and a Baby, Star Trek III: The Search for Spock, and Star Trek IV: The Voyage Home. Best remembered for his role as Mr. Spock of the Star Trek series, Nimoy is also the author of I Am Not Spock.