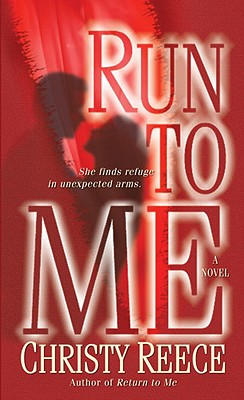 By Christy Reece
$6.99
Backordered or Out of Print

This is book number 3 in the Last Chance Rescue series.

Driven by grief and fury, Shea Monroe, an operative for Last Chance Rescue, goes deep undercover, vowing vengeance against the man who killed her husband. Instead, she ends up a captive and the unwilling weapon of a vicious human trafficker. But then she is rescued from her den of terror and shame by her husband’s best friend, Ethan Bishop, a man Shea feels irrevocably drawn to, despite her having lost all memory of her life before she was captured.

Having saved Shea from a madman, Ethan will do anything to keep her safe, but he can’t allow the feelings he once had for her to resurface. While recovering from her ordeal and regaining her lost memory, Shea begins to fall for Ethan. But the treachery and tragedies of the past won’t leave either of them alone. And from Mexico, a monster has sent his foot soldiers to seize Shea–using a weapon beyond anyone’s worst nightmare.

Christy Reece is the author of Rescue Me. She holds a BSW from the University of Memphis and is a member of Romance Writers of America and International Thriller Writers. Christy Reece lives in Alabama with her husband, two adorable canines, and one very shy turtle. Return to Me is her second novel in a three-book series.