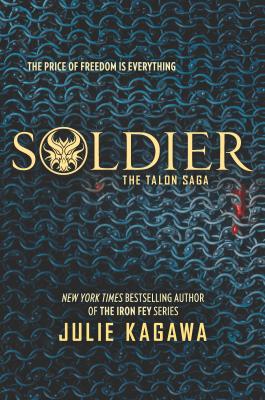 By Julie Kagawa
$9.99
NOT ON OUR SHELVES- available for order, usually ships in 1-5 days

This is book number 3 in the Talon Saga series.

Dragons scheme and alliances shift in book 3 of the groundbreaking modern fantasy series from Julie Kagawa, New York Times bestselling author of The Iron Fey novels. Your obedience...or your life. Forced to choose between becoming an assassin for the dragon organization Talon and being hunted forever as an outcast, Ember Hill now stands with Riley and his band of rogue dragons. She's lost contact with her twin brother, Dante, a Talon devotee, as well as Garret, the former enemy soldier who challenged her belief that dragons cannot love. As Ember and Riley regroup to fight another day, Garret journeys alone to the birthplace of the ancient and secret Order of St. George, to spy on his former brothers and uncover deadly and shocking secrets--secrets that will shake the foundations of dragons and dragonslayers alike and place them all in imminent danger. Garret's next move may be his last, but he'll walk through fire to save the young dragon he loves against all odds. Books in the Talon Saga:
Talon
Rogue
Soldier
Legion
Inferno