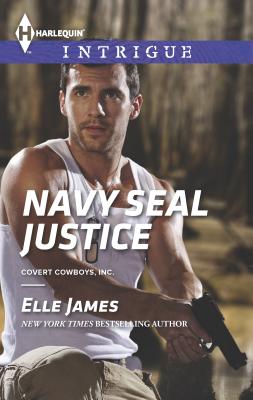 By Elle James
Email or call for price.
Special Order

This is book number 1566 in the Harlequin Intrigue series.

A conflicted navy SEAL and a determined FBI agent join forces in New York Times bestselling author Elle James's continuation of Covert Cowboys, Inc. FBI agent Melissa Bradley is used to cryptic assignments like this: retrieve package from PO Box and deliver to old friend. Package in hand, she's attacked by thugs--and she's not about to trust the tall, dark and dangerous rescuer who claims he was sent to protect her. A former navy SEAL turned cowboy suddenly reinstated as a SEAL, there's clearly more to James Monahan's covert op than he'll admit. When their mutual friend goes missing, they join forces deep in the swamplands of southern Mississippi to find him. But as a dangerous band of traitors, terrorists and killers close in, survival means trusting each other--their toughest mission yet.