Double Eagle: The Epic Story of the World's Most Valuable Coin (Paperback) 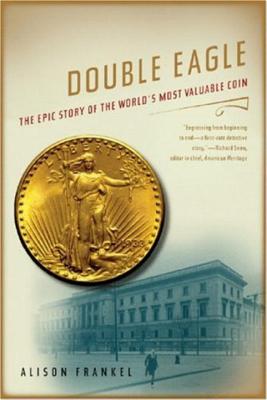 By Alison Frankel
$15.95
Backordered or Out of Print

"A thrilling page-turner....This is a great read."—Publishers Weekly, starred review

One coin, for years the only known 1933 twenty-dollar Double Eagle in the world, has inspired the passions of thieves and collectors, lawyers and charlatans. Its extraordinary story winds across seventy years and three continents, linking an almost unbelievable cast of characters: Theodore Roosevelt and a Philadelphia gold dealer with underworld connections; Egypt's King Farouk and an apple-cheeked Secret Service agent; London's most successful coin dealer and a retired trucker from Amarillo, Texas

Alison Frankel's stylish narrative hums at the pace of a thriller. Her meticulously researched descriptions and vivid character studies bring the coin's history to life and illuminate the world of coin collecting, where the desire to possess often borders on madness.

Alison Frankel is a senior writer at The American Lawyer. Her work has also appeared in Newsday, the New York Times, and several other national magazines. She lives in Sea Cliff, New York.

Frankel steers her reader through a world of coin fairs, backroom deals, gossip and meticulous scholarship. The result is a thriller-like narrative that tacks swiftly back and forth among the principal players.
— Jason Goodwin - Wall Street Journal