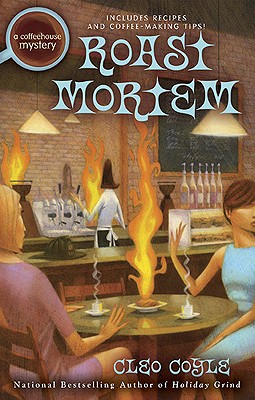 By Cleo Coyle
Email or call for price.
Special Order

The national bestselling author brews up another mystery-and this time, it's New York's Bravest that get burned
After local firefighters pull Clare out of a blazing cafe, she happily comes to their rescue by teaching them the finer points of operating their newly donated espresso machine. But matters really heat up when somebody is torching cafes around the city and firefighters begin to die in suspicious ways...
Believing the two events are related, Clare investigates, staking out a five-borough bake sale and sniffing out clues in the pizza ovens of Brooklyn. When her detective boyfriend, Mike Quinn, is pulled into the fire of a false accusation, Clare is desperate to put out the flames. But will she be able to come to Mike's rescue before someone tries to extinguish her?

CLEO COYLE is a pseudonym for Alice Alfonsi, writing in collaboration with her husband, Marc Cerasini. Both are" New York Times" bestselling authors of The Coffeehouse Mysteries, now celebrating over ten years in print. Alice and Marc are also bestselling media tie-in writers who have penned properties for Lucasfilm, NBC, Fox, Disney, Imagine, and MGM. They live and work in New York City, where they write independently and together, including the nationally bestselling Haunted Bookshop Mysteries.