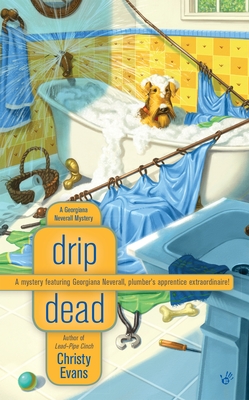 By Christy Evans
$7.99
Backordered or Out of Print

This is book number 3 in the A Georgiana Neverall Mystery series.

When plumber's apprentice Georgiana Neverall crawls under her mother's house to check the pipes, she's horrified to find her mother's flashy fiancé, real estate mogul Gregory Whitlock, dead in the dirt. Instead of a wedding ring, Georgiana's mother is soon wearing handcuffs, accused of killing the man she loved. To clear her mother's name, Georgiana's going to have to crawl into a few more dark spaces and uncover secrets Whitlock was hiding.

Christy Evans is the author of the Georgiana Neverall Mysteries, including Drip Dead, Lead-Pipe Cinch, and Sink Trap.