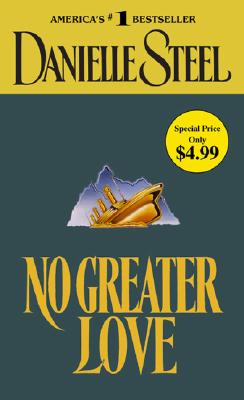 By Danielle Steel
Email or call for price.
Special Order

It was the maiden voyage of the Titanic, the greatest ship ever built, and in one fatal, unforgettable night, the sea shattered the lives and future of an extraordinary family, the Winfields. Edwina Winfield, retuming from her engagement trip to England with her fiancé and her family, instantly becomes a woman mourning the death of her parents and the man she loved. She retums to San Francisco with her five younger siblings and takes responsibilities at the family newspaper and at home that are overwhelming and unexpected. Edwina is intent on keeping the family together and Phillip, the oldest boy, tries to help before going on the Harvard and the Great War. But madcap George, the source of laughter in the family, is drawn to Hollywood, and his sister Alexis eventually follows him, courting both excitement and disaster in the film world. For twelve years Edwina carefully avoids any romantic involvements, but as each child sets off on his or her own—to Hollywood, to Europe, and elsewhere—Edwina frees herself from the ghosts of those se loved and lost on the Titanic. Her life is far different than it would have been, but in some ways far more exciting than she expected.