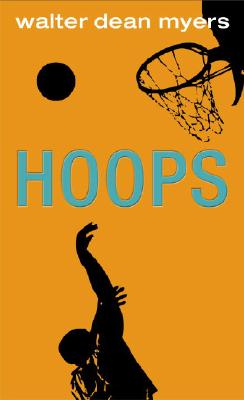 By Walter Dean Myers
$6.99
Email or call for price

All eyes are on seventeen-year-old Lonnie Jackson while he practices with his team for a city-wide basketball Tournament of Champions. His coach, Cal, knows Lonnie has what it takes to be a pro-basketball player, but warns him about giving in to the pressure. Cal knows because he, too, once had the chance--but sold out.

As the Tournament nears, Lonnie learns that some heavy bettors want Cal to keep him on the bench so that the team will lose the championship. As the last seconds of the game tick away Lonnie and Cal must make a decision. Are they willing to blow the chance of a lifetime?

Born in Marinsburg, West Virginia in 1937, Walter Dean Myers is one of the premier authors of books for children. His mother died very early in his life-an event that propelled him into experiences that later influenced him to write. It was difficult for Myers' father to raise eight children alone, and eventually, a nearby couple, Herbert and Florence Dean, took in three-year old Walter and moved to Harlem, New York. "Harlem became my home and the place where my first impressions of the world were set," says Myers.

As a child, Myers went to school in his neighborhood and attended bible school almost every day of the week. Myers had a speech impediment which made communicating difficult for him, and often found himself in fights, defending himself against kids who taunted him. After a while, one of this teachers suggested to his class that they could write something to read aloud. Young Myers began writing poetry to give voice to his thoughts and feelings, and at age sixteen, won a prize in an essay contest and a set of encyclopedias for a long narrative poem. Later, his father bought him a used typewriter, which he used to churn out a seemingly endless stream of stories.

Along with the many things he was discovering about himself, Myers was also learning how to survive. One day he had the courage to break up a fight between three gang members and a kid who had just moved into the neighborhood. He became a marked man-and felt his life was in danger.

For example, once, he was sitting in the tree in Morningside Park, across from the building he lived in, reading O'Neill's "Mourning Becomes Electra," when some gang members spotted him and surrounded the tree. Myers jumped to the ground, flashed a stiletto in order to fend them off, and made a mad dash for his building. He escaped, but he never forgot the incident. Later he enlisted in the army, got married, had a child, went through a turbulent creative struggle, got divorced, got married again-and during all of this, kept writing, whether his work pleased him or not.

But Walter Dean Myers' life is not the story of a tormented, embittered artist. Rather it is the story of a gifted, complex person committed to sharing that gift with young readers. Myers' stories and novels paint a powerful picture of the pressures of growing up on big city streets. Yet, he emphasizes close relationships, trust, and personal growth.

It seems that one of Myers' greatest struggles was to understand what type of writer he wanted to be. As the years passed and his books became more and more popular, Walter Dean Myers came to believe that his work filled a void for African American youths who yearned for positive reading experiences and role models. He frequently writes about children who share similar economic and ethnic situations with his own childhood. "But my situation as a parent did not mirror that of my childhood," he says. "While my parents were quite poor, my children are thoroughly entrenched in the middle class experience. To them African prints go well with designer jeans, pizzas go down easier to a reggae beat, and shopping malls are an unmistakable part of their culture."

It is clear that Myers' understanding of both the world he was raised in and the world of his children allows him to bring an authority to his work that resonates with his young readers. It is one of many attributes that has made him one of the most important children's and young adult authors writing today. Among his many honors are two Newbery Honor books for "Scorpions "and" Somewhere in the Darkness." He is also a two-time recipient of the Coretta Scott King Award for "Now Is Your Time!" and "Fallen Angels." In addition, Myers has received the Margaret A. Edwards Award for his contribution to young adult literature.

Myers' novel, "Darnell Rock Reporting," is a warm and humorous story about thirteen-year-old Darnell Rock-a boy who works on his school newspaper. The book is sure to appeal to reluctant readers. Myers' recent picture book, "How Mr. Monkey Saw the Whole World, " is a cautionary fable about a watchful monkey who sees that a greedy buzzard gets his comeuppance.

"From the Trade Paperback edition."