The Best of Me (Paperback) 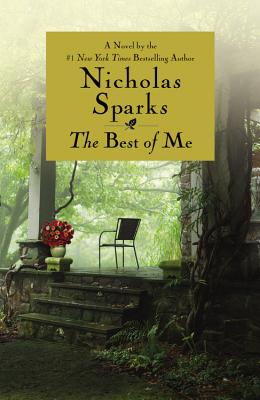 By Nicholas Sparks
$15.99
Backordered or Out of Print

In this #1 New York Times bestselling novel of first love and second chances, former high school sweethearts confront the painful truths of their past to build a promising future—together.

"Everyone wanted to believe that endless love was possible. She'd believed in it once, too, back when she was eighteen."

In the spring of 1984, high school students Amanda Collier and Dawson Cole fell deeply, irrevocably in love. Though they were from opposite sides of the tracks, their love for one another seemed to defy the realities of life in their small town in North Carolina. But as the summer of their senior year came to a close, unforeseen events would tear the young couple apart, setting them on radically divergent paths.

Now, twenty-five years later, Amanda and Dawson are summoned back home for the funeral of Tuck Hostetler, the mentor who once gave shelter to their high school romance. Neither has lived the life they imagined . . . and neither can forget the passionate first love that forever changed their lives. As Amanda and Dawson carry out the instructions Tuck left behind for them, they realize that everything they thought they knew—about Tuck, about themselves, and about the dreams they held dear—was not as it seemed.

Forced to confront painful memories, the former lovers will discover undeniable truths about the choices they have made. And in the course of a single, searing weekend, they will ask of the living, and the dead: Can love truly rewrite the past?

With over 100 million copies of his books sold, Nicholas Sparks is one of the world's most beloved storytellers. His novels include sixteen #1 New York Times bestsellers, and all of his books, including Three Weeks with My Brother, the memoir he wrote with his brother, Micah, have been New York Times and international bestsellers, and were translated into more than fifty languages. Eleven of Nicholas Sparks's novels—The Choice, The Longest Ride, The Best of Me, Safe Haven, The Lucky One, The Last Song, Dear John, Nights in Rodanthe, The Notebook, A Walk to Remember, and Message in a Bottle—have been adapted into major motion pictures.

"A
beautifully written romance novel that will pull at all the appropriate
heartstrings and leave you speechless."—The Guardian

"Sparks's ability to capture the truths of this affair makes the story both heartfelt and heartbreaking. It's quite possibly his best work in years"—Publishers Weekly