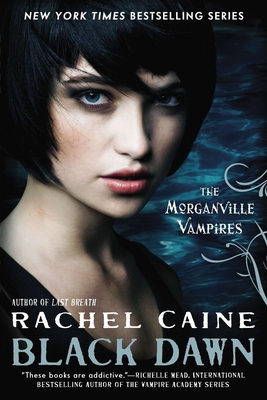 By Rachel Caine
$9.99
Backordered or Out of Print

This is book number 12 in the The Morganville Vampires series.

With its eclectic mix of vampire and human citizens, Morganville, Texas, has always been a risky place to call home. But with the invasion of the vampire’s deadliest enemy, Morganville isn’t just in danger—it’s dying…

Ever since the draug—mysterious creatures that prey on vampires—took over Morganville, the lives of student Claire Danvers and her friends have been thrown into turmoil. Most of the town’s residents have evacuated, but Claire, Shane, Eve and Michael have chosen to stay and fight.

Using the city’s water system to spread, the draug have rapidly multiplied. Things in Morganville look grim, especially since vampire Amelie—the town founder—has been infected by the master draug’s bite. Now, if Claire and her friends don’t figure out how to cure Amelie and defeat the draug, it looks like Morganville will become little more than a ghost town…

Rachel Caine is the New York Times and USA Today bestselling author of more than thirty novels, including the Weather Warden series, the Outcast Season series, the Revivalist series, and the Morganville Vampires series. She was born at White Sands Missile Range, which people who know her say explains a lot. She has been an accountant, a professional musician, an insurance investigator, and, until recently, carried on a secret identity in the corporate world as a communications executive. She and her husband, fantasy artist R. Cat Conrad, live in Texas with their iguana, Popeye.

Praise for the Morganville Vampires Series:

“An intriguing world where vampires rule, only the strongest survive, and romance offers hope in the darkest of hours.”—Darque Reviews

“These books are addictive.”—Richelle Mead, International Bestselling Author of the Vampire Academy Series