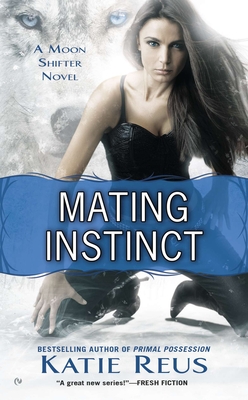 By Katie Reus
$7.99
Backordered or Out of Print

This is book number 3 in the Moon Shifter Series series.

As the beast within struggles to break free, he must learn to be what she needs...

Surviving for centuries, powerful lupine shifter Jayce Kazan managed to stay away from humans until he met Kat Saburova and was consumed by the need to protect her. But while Jayce shared his passion with the human seer, he refused to make her his bondmate—a refusal that caused the end of their relationship.

A year later, an attack that left Kat near death has resulted in another lupine shifter turning her. Furious that he wasn’t the one to save her, Jayce is determined to show Kat that he is the one she should rely on. But the newly turned shifter is still traumatized and worried that she’ll hurt those she loves, unless she can learn to control her inner wolf.

And as Jayce struggles to protect Kat from her own worst instincts and convince her to rekindle their love, the extremists who almost killed her are looking to finish the job…

Katie Reus fell in love with romance at a young age thanks to books she’d pilfered from her mom’s stash. After changing majors too many times to count, she finally graduated with a degree in psychology. She now spends her days writing dark paranormal romance. When she’s not creating stories, she can usually be found spending time with her family or one of the many animals they’ve adopted over the years.

“A wild, hot ride… The story grabs you and doesn’t let go.”—Cynthia Eden, author of Angel in Chains