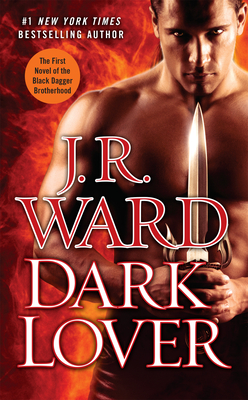 See where it all began in the first phenomenal novel in the #1 New York Times bestselling Black Dagger Brotherhood series...

The only purebred vampire left on the planet and the leader of the Black Dagger Brotherhood, Wrath has a score to settle with the slayers who killed his parents centuries ago. But when his most trusted fighter is killed—orphaning a half-breed daughter unaware of her heritage or her fate—Wrath must put down his dagger and usher the beautiful female into another world.

Racked by a restlessness in her body that wasn’t there before, Beth Randall is helpless against the dangerously sexy man who comes to her at night with shadows in his eyes. His tales of the Brotherhood and blood frighten her. Yet his touch ignites a dawning new hunger—one that threatens to consume them both...

J. R. Ward is the author of more than thirty novels, including those in her #1 New York Times bestselling Black Dagger Brotherhood series. She is also the author of the Black Dagger Legacy series and the Bourbon Kings series. There are more than fifteen million copies of her novels in print worldwide, and they have been published in twenty-six different countries around the world. She lives in the South with her family.

“It’s not easy to find a new twist on the vampire myth, but Ward succeeds beautifully. This dark and compelling world is filled with enticing romance as well as perilous adventure. The Black Dagger Brotherhood series promises tons of thrills and chills.”—RT Book Reviews

“You will lose yourself in this world; it is different, creative, dark, violent, and flat-out amazing.”—All About Romance

“J. R. Ward takes you deep into her intense, dark world of vampires and holds you captive until her last breathless word....Sure to satisfy lovers of vampire romance everywhere.”—Affaire de Coeur

More Praise for the Novels of the Black Dagger Brotherhood