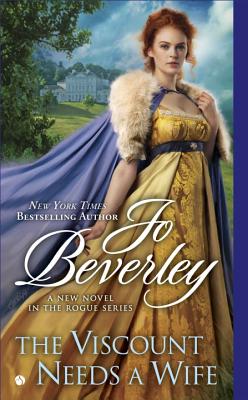 This is book number 17 in the Rogue Series series.

The New York Times bestselling author of Too Dangerous for a Lady returns with another roguishly delicious Regency romance...

Since being widowed two years ago, Kitty Cateril has been trapped in her late husband's home, where she is expected to mourn forever. Desperate to escape, Kitty will consider any option—even a hasty marriage to a stranger with no intention of abandoning his bachelor ways.

London life suits Beau Braydon, especially his work keeping Britain safe. So when he inherits the title of Viscount Dauntry, he has no intention of resettling on a rural estate. He can’t resist the opportunity to marry a sensible widow who can manage Beauchamp Abbey for him—until he realizes Kitty is more than he bargained for...

Before Kitty and Dauntry can adjust to each other, a threat to the royal family takes them to London. Soon someone is determined to prevent Dauntry from exposing the villain, and secrets in Kitty's past threaten their growing love...

Praise for the Novels of Jo Beverley