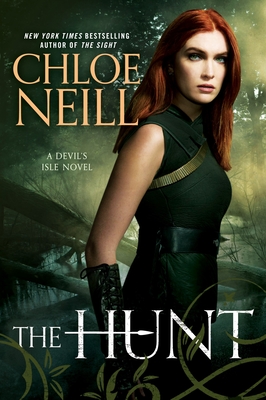 By Chloe Neill
$15.00
Backordered or Out of Print

From the New York Times bestselling author of the Chicagoland Vampires Novels—the hunter becomes the hunted in a New Orleans devastated by a Paranormal war....

When bounty hunter Liam Quinn discovered that Claire Connolly was a Sensitive and infected with magic, he should have turned her in to be locked up in the prison district known as Devil’s Isle. Instead, he helped her learn to control her power and introduced her to an underground group of Paranormals and humans who know the truth about the war and those who fought it.

Now the weight of Liam’s own secrets has forced him into hiding. When a government agent is killed and Claire discovers that Liam is the prime suspect, she races to find him before the government can. But she’ll discover proving his innocence is no simple matter. Their enemies are drawing closer, and time is running out....

Chloe Neill is the New York Times and USA Today bestselling author of the Captain Kit Brightling, Heirs of Chicagoland, Chicagoland Vampires, Devil’s Isle, and Dark Elite novels. She was born and raised in the South, but now makes her home in the Midwest, where she lives with her gamer husband and their bosses/dogs, Baxter and Scout.  Chloe is a voracious reader and obsessive Maker of Things; the crafting rotation currently involves baking and quilting. She believes she is exceedingly witty; her husband has been known to disagree. Learn more about Chloe and her books at: chloeneill.com

Praise for the Devil’s Isle Novels

“Full of action....Any and every urban fantasy fan out there needs to read this.”—Vampire Book Club

“Truly a fantastic read....If you're a fan of Chicagoland Vampires, you will fall in love with The Veil...and Claire and Liam.”—Literary Escapism

“Neill’s sequel to The Veil continues to prove her adept at world building and nonstop action. Claire’s honesty and straightforward attitude make her a great character for a harrowing time.”—Library Journal

“[Neill’s] postapocalyptic New Orleans is so rich and full of detail that I felt immersed in the characters’ struggle[s] right alongside them.”—A Book Obsession