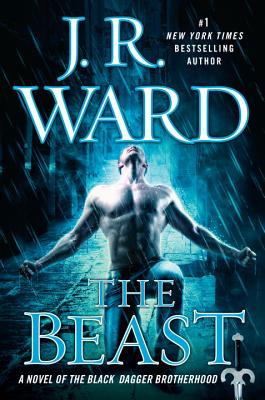 Rhage and Mary return in a new novel of the Black Dagger Brotherhood, a series “so popular, I don’t think there’s a reader today who hasn’t at least heard of [it]” (USA Today).

Nothing is as it used to be for the Black Dagger Brotherhood. After avoiding war with the Shadows, alliances have shifted and lines have been drawn. The slayers of the Lessening Society are stronger than ever, preying on human weakness to acquire more money, more weapons, more power. But as the Brotherhood readies for an all-out attack on them, one of their own fights a battle within himself…

For Rhage, the Brother with the biggest appetites, but also the biggest heart, life was supposed to be perfect—or at the very least, perfectly enjoyable. Mary, his beloved shellan, is by his side and his King and his brothers are thriving. But Rhage can’t understand—or control—the panic and insecurity that plague him…

And that terrifies him—as well as distances him from his mate. After suffering mortal injury in battle, Rhage must reassess his priorities—and the answer, when it comes to him, rocks his world...and Mary’s. But Mary is on a journey of her own, one that will either bring them closer together or cause a split that neither will recover from...

J. R. Ward is the author of more than twenty previous novels, including those in her #1 New York Times bestselling series, The Black Dagger Brotherhood. She is also the author of the Black Dagger Legacy series, and The Bourbon Kings. There are more than fifteen million copies of Ward’s novels in print worldwide, and they have been published in twenty-five different countries around the world.

"Intimate, evocative...the last quarter or so of The Beast had me breathing fast, furiously flipping pages. Emotional surprises and plot twists signal big things to come as this consistently compelling and exciting series evolves. This immersive, introspective yet rousing next installment will leave you clamoring for more."—USAToday.com

“The Beast is a joy of a novel...Ward is a master of her craft.”—New York Journal of Books

“A beautiful experience meant to be savored by fans.”—Under the Covers

“Intense, intoxicating and uplifting...J. R. Ward will captivate your imagination; pull you into the story line; and never let go when the passion and emotions roll away with your soul.”—The Reading Cafe

“The beauty of this story totally BLEW ME AWAY...The Beast made me feel like I had come home, everything was as it should be and even better than I had remembered. It met the criteria for what I want in a romance, heart and panty-melting goodness. It was magnificent and one of the most beautiful stories I’ve read in a really long time. Well done, well done indeed.”—Guilty Pleasures Book Reviews

Praise for the Novels of the Black Dagger Brotherhood