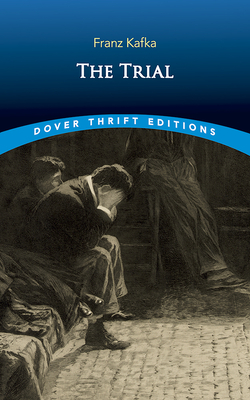 By Franz Kafka, David Wyllie (Translator)
$5.00
NOT ON OUR SHELVES- available for order, usually ships in 1-5 days

Someone must have been telling lies about Josef K., he knew he had done nothing wrong but, one morning, he was arrested. From its gripping first sentence onward, this novel exemplifies the term Kafkaesque. Its darkly humorous narrative recounts a bank clerk's entrapment -- based on an undisclosed charge -- in a maze of nonsensical rules and bureaucratic roadblocks.
Written in 1914 and published posthumously in 1925, Kafka's engrossing parable about the human condition plunges an isolated individual into an impersonal, illogical system. Josef K.'s ordeals raise provocative, ever-relevant issues related to the role of government and the nature of justice. This inexpensive edition of one of the 20th century's most important novels features an acclaimed translation by David Wyllie.

A native of Prague, Franz Kafka (1883-1924) worked for an insurance company by day and wrote his tales of alienation and social anxiety in private. Like the majority of the author's work, The Trial was published after his untimely death from tuberculosis.