Heroes, Gods and Monsters of the Greek Myths (Mass Market) 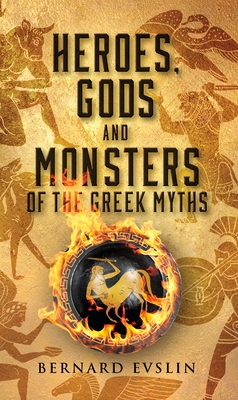 For Greek myth fans, those who can’t get enough of the D'Aulaires' Book of Greek Myths, and readers who have aged out of Rick Riordan, this classroom staple and mythology classic is perfect for learning about the ancient myths!

The heroes, gods, and monsters of Greek mythology come alive in this exciting collection of retellings of the ancient myths that includes tales of Zeus, Hera, Apollo, Artemis, and many more. Written in simple, direct language, Heroes, Gods and Monsters of the Greek Myths is an accessible and entertaining guide to the Greek myths and their players, following fearless heroes as they battle epic beasts under the eyes of the mighty immortals who rule them.
From mortal warriors like Perseus and his impossible task of slaying the monstrous Medusa, to Zeus, the king of the Gods whose thunderbolts can shake the earth, to the minotaur, a gruesome beast, half-man and half-bull, who destroys young victims that are sacrificed to his terrifying power, this world is one of magic and adventure.

Other featured gods and myths included are:

Bernard Evslin was a novelist, playwright, film writer and director. He had several plays produced, both on and off Broadway, among them The Geranium Hat. He has authored over seventy titles, including novels and short stories.