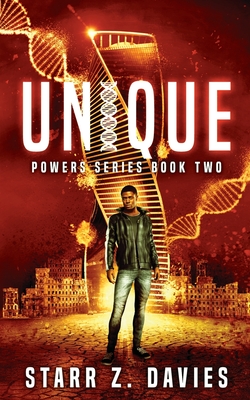 Ugene and the other test subjects escaped Paragon. They thought they were finally safe. But the battle for freedom is far from over.

Now, Ugene must fight to liberate the city from the clutches of the oppressive government before the rogue group, the Protectorate, launches their own dangerous attack. But digging into the Directorate's corruption could be even deadlier than escaping Paragon.

As the clock ticks down, it's more than just his own life on the line.

It's time for the deception to end. And it's time for everyone to finally learn that being Powerless isn't weakness.

Unique is the thrilling sequel in this YA dystopian sci-fi Powers series. If you like fast-paced action, dynamic characters, and ongoing mystery, then you'll love Starr Z. Davies' series sequel.