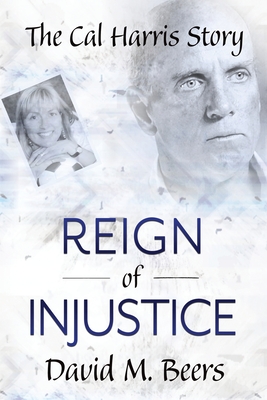 On September 12, 2001, Michele Harris went missing from a small town in upstate New York. She has never been found, and the mystery surrounding her disappearance remains. Four years after she went missing, her wealthy husband, Cal Harris, was arrested and charged with her murder.

With neither a body nor a murder weapon, Cal was shockingly tried and convicted of her murder. Then new evidence surfaced. His conviction was overturned, and a new trial granted. But once again, he was convicted and sentenced to 25 years to life in prison. That conviction, too, was overturned on appeal. The saga continued as Cal went on trial for the third time. This one ended in a mistrial.

By the time Cal went on trial the fourth time, Michele had been missing for nearly 15 years.

Defense investigator, David M. Beers, worked on the Cal Harris case from start-to-finish. His account, "Reign of Injustice," walks you through the details and events of the case never before revealed. It provides a inside view of the scandalous case facts you will not find elsewhere, including why he considers Cal's story a reign of injustice.