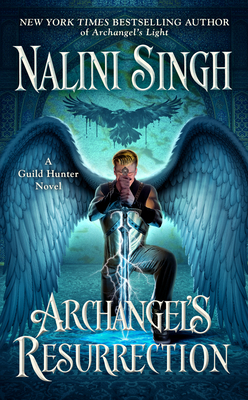 This is book number 15 in the A Guild Hunter Novel series.

New York Times bestselling author Nalini Singh takes us into the dangerous, haunting world of archangels . . . and a love that is legend.

For thousands of years, the passion between Alexander, Archangel of Persia, and Zanaya, Queen of the Nile, burned furious and bright, seemingly without end. But to be an archangel is to be bound to power violent and demanding. Driven by its primal energy, Alexander and Zanaya fought as fiercely as they loved, locked in an endless cycle of devotion and heartbreak. It is only Zanaya’s decision to Sleep that ends their love story.

Eons later, the Cascade of Death wakens them both. The passion between them a flame that yet burns, Alexander and Zanaya stand together in one last battle against the ultimate darkness. But even a warrior archangel cannot win every war. Alexander’s scream shatters the world as Zanaya falls, broken and silent . . . only to rise again in a miracle that may be a devastating curse. For is it truly the Queen of the Nile who has been resurrected?

Only one thing is clear: This is the last beat of their passionate, angry dance. The final song for Alexander and his Zani . . .

New York Times bestselling author Nalini Singh is passionate about writing. Though she’s traveled as far afield as the deserts of China, the temples of Japan, and the frozen landscapes of Antarctica, it is the journey of the imagination that fascinates her the most. She’s beyond delighted to be able to follow her dream as a writer.

She also writes stand-alone thrillers set in beautiful and moody New Zealand. A Madness of Sunshine was long-listed for the Ngaio Marsh Award, while Publishers Weekly called Quiet in Her Bones “a lushly written, multilayered mystery.”