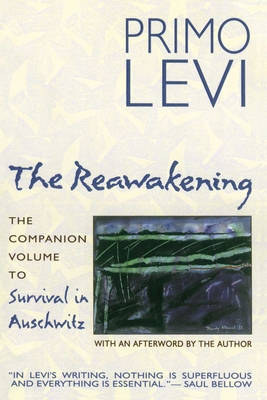 First published in English in 1965, The Reawakening is Primo Levi's bestselling sequel to his classic memoir of the Holocaust, Survival in Auschwitz.

The Reawakening is the inspiring story of Levi's liberation from the German death camp in January 1945 by the Red Army, it tells of his strange and eventful journey home to Italy by way of the Soviet Union, Hungary, and Romania.

Born to a Jewish family in Turin in 1919, Primo Levi was trained as a chemist. During World War II, he was arrested as a member of a partisan group and deported to Auschwitz. After the camp’s liberation, he returned to Italy and worked as a chemist, writing only on the side. His first book Survival at Auschwitz was a personal account of his year at the camps. The follow-up memoir The Reawakening cemented Levi as a leading authority on the Holocaust. Other books by Levi include Periodic Table, If Not Now, When?, The Monkey’s Wrench, Other People’s Trades, The Drowned and the Saved, and more. Primo Levi died in 1987 after falling down his apartment’s stairway. Biographers remain divided as to whether his fall was a suicide or an accident.