The Girl Behind the Red Rope (Hardcover) 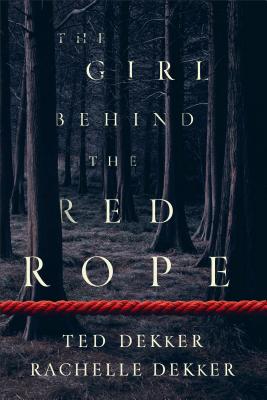 "In this mind-bending thriller, father-daughter writing team Ted Dekker and Rachelle Dekker triumph in their faultlessly structured and deconstructed world of religious extremism. . . . the book's suspenseful plot drives the story forward at a racing pace, making this a riveting novel that will long haunt readers."--Booklist, Starred Review

Ten years ago, Grace saw something that would forever change the course of history. When evil in its purest form is unleashed on the world, she and others from their religious community are already hidden deep in the hills of Tennessee, abiding by every rule that will keep them safe, pure--and alive. As long as they stay there, behind the red perimeter.

Her older brother's questions and the arrival of the first outsiders she's seen in a decade set in motion events that will question everything Grace has built her life on. Enemies rise on all sides--but who is the real enemy? And what will it cost her to uncover the truth?

For the first time, bestselling authors Ted Dekker and Rachelle Dekker team up and deliver an intense, tightly focused ride through the most treacherous world of all.

Ted Dekker is the award-winning and New York Times bestselling author of more than 40 novels, with over 10 million copies sold worldwide. He was born in the jungles of Indonesia to missionary parents, and his upbringing as a stranger in a fascinating and sometimes frightening culture fueled his imagination. Dekker's passion is simple--to explore truth through mind-bending stories that invite readers to see the world through a different lens. His fiction has been honored with numerous awards, including two Christy Awards, two Inspy Awards, an RT Reviewers' Choice Award, and an ECPA Gold Medallion. In 2013, NPR readers nationwide put him in the Top 50 Thriller Authors of All Time. Dekker lives in Nashville, Tennessee, with his wife, Lee Ann.Rachelle Dekker is the Christy Award-winning author of The Choosing, The Calling, and The Returning in the Seer series. The oldest daughter of New York Times bestselling author Ted Dekker, Rachelle was inspired early on to discover truth through the avenue of storytelling. She writes full-time from her home in Nashville, where she lives with her husband, Daniel, and their son, Jack. Connect with Rachelle at www.rachelledekker.com.