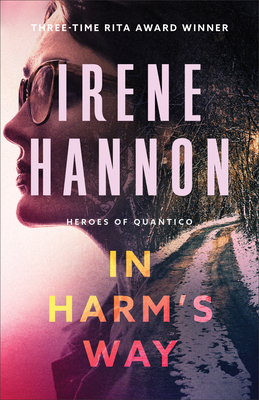 How can she expect anyone to believe her story--when she can hardly believe it herself?

FBI special agent Nick Bradley has seen his share of kooks during his fifteen years with the Bureau. But Rachel Sutton is an enigma. She seems normal when she shows up at his office--until she produces a tattered Raggedy Ann doll and tells him about a strange feeling of terror it gives her when she touches it.

Nick dismisses her, as any reasonable person would. But when he stumbles across a link between the doll and an abducted child, he sets in motion a chain of events that will uncover startling connections--and put Rachel's life on the line.

"Hannon is a master at character development."--Library Journal

Irene Hannon is the bestselling author of more than 60 novels, including the long-running Hope Harbor series, as well as Labyrinth of Lies, Point of Danger and the Code of Honor, Private Justice, and Men of Valor suspense series, among others. Her books have been honored with three coveted RITA Awards from Romance Writers of America, and she is a member of that organization's elite Hall of Fame. Her many other awards include National Readers' Choice, Daphne du Maurier, Retailers' Choice, Booksellers' Best, Carol, and Reviewers' Choice from RT Book Reviews magazine, which also honored her with a Career Achievement Award for her entire body of work. In addition, she is a two-time Christy Award finalist. Learn more at www.irenehannon.com.