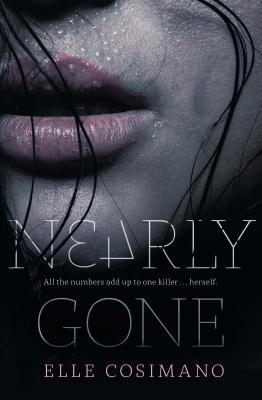 By Elle Cosimano
Email or call for price.
Special Order

Bones meets Fringe in a big, dark, scary, brilliantly-plotted urban thriller that will leave you guessing until the very end Nearly Boswell knows how to keep secrets. Living in a DC trailer park, she knows better than to share anything that would make her a target with her classmates. Like her mother's job as an exotic dancer, her obsession with the personal ads, and especially the emotions she can taste when she brushes against someone's skin. But when a serial killer goes on a killing spree and starts attacking students, leaving cryptic ads in the newspaper that only Nearly can decipher, she confides in the one person she shouldn't trust: the new guy at school--a reformed bad boy working undercover for the police, doing surveillance. . . on her. Nearly might be the one person who can put all the clues together, and if she doesn't figure it all out soon--she'll be next.

Elle Cosimano grew up in the Washington, DC, suburbs, the daughter of a maximum security prison warden and an elementary school teacher who rode a Harley. She annually attends the Writers' Police Academy at Guilford Technical Community College, Department of Public Safety, to conduct hands-on research for her books. Elle is the author of Nearly Gone and it's upcoming sequel, Nearly Found. She lives with her husband and two sons in Mexico.

"The story's single supernatural element. . . is woven deftly into the story, the romance plot is compelling. Tense and engaging--well worth the effort of suspending one's disbelief."
-Kirkus Reviews

"A suspenseful page-turner that will leave teens on the edge of their seats. Cosimano's character development makes almost everyone a suspect."
-Voice of Youth Advocates, 4Q 4P

"Fast-paced, smart, and keeps you guessing till the end. Start this book with a clear schedule because you won't be able to put it down!"
-Kim Harrington, author of THE DEAD AND BURIED and FORGET ME

"Smart, scary, and beautifully written. An amazing debut that kept me on the edge of my seat to the very last page."
-Megan Miranda, author of FRACTURE and HYSTERIA

"A smart, gripping thriller about a clever girl from the trailer park, a boy from the wrong side of the law, and a killer who kept me guessing. This chilling murder mystery left me racing to the finish and biting my nails every step of the way."
-Megan Shepherd, author of THE MADMAN'S DAUGHTER

"A hell of a ride. Cosimano's twisted characters and breakneck pacing had me tearing through the pages to discover the killer. Just be prepared to stay up past your bedtime!"
-Jill Hathaway, author of SLIDE

"Eloquently written and packed full of suspense, debut author Cosimano strikes gold with this page-turning thriller that will have teens chomping at the bit to get to the end. Give this to fans of Kimberly Derting's The Body Finder (HarperCollins, 2010) or anyone else who is looking for a captivating murder mystery."
-School Library Journal (starred review)

"The plot moves at a breakneck pace, picking up along the way a first-rate romance...And STEM enthusiasts can rejoice: the killer's riddles--including the puzzle of what the victims' numbers mean--involve algebra, geometry, chemistry, physics, even astronomy. This is an addictive and multilayered debut; Cosimano has established herself as a thriller writer to watch."
-The Horn Book